Well, there can be different units of measures.

How much does a golf ball weigh in grams? No more than 45.93 grams.

How much does a golf ball weigh in pounds? No more than 0.1012 pounds.

If the weight is more than that, it’ll be considered illegal. So most legal golf balls weigh very close to 45.93 grams or 0.1012 pounds, but never more than that.

If we convert that into ounces, the number that we get is 1.62 ounces. Any ball that weighs more than that is not acceptable for tournament play.

Manufacturers try to keep the weight of the ball as close as possible to 1.62 ounces, since every ball may not weigh precisely 1.62 ounces.

It’s essential for a golf ball to weigh as standard because many factors like swing, ability to push through air depend on its weight. When a particular golfer is used to playing with standard balls, having such a ball that doesn’t weigh as standard will create problems.

And a golf ball that weighs more than 45.93 grams is flagged as illegal for tournament play for a reason. The additional weight gives an unfair advantage when it comes to long shots.

The extra weight carries the ball further than a standard weighing ball. Any object that is heavier pushes through the air better, that’s why such happens. To prohibit such an unfair advantage, golf balls having extra weight is flagged as illegal. 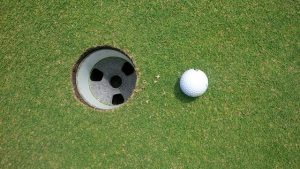 Just like the maximum limit of a golf ball’s weight, there’s a minimum limitation too, regarding its diameter. A golf ball cannot be less than 1.68 inches in diameter.

There are twofold benefits of having a smaller ball. A smaller ball is easier to hole out with on the green in the first place. It could result in a few saved strokes that a player was just about to miss. You know how further this can go, right?

Another benefit of having a smaller ball is again regarding distance. A smaller ball travels further than a larger ball. t This happens because there’s less surface area in a smaller ball that deals with the friction force between itself and the air.

As a result, it gets smaller resistance by air and thus travels further. Again, unfair advantage.

Why is the golf hole 4.25 inches in diameter?

The materials that are used to create the ball and the construction process are also monitored to ensure there’s nothing that will again provide an unfair advantage. Golf balls have multi-level cores that aim to maximize both control and distance.

Even if a ball meets all the criteria, such as weight, diameter, construction, etc., it could still be flagged as illegal. Now, why’s that?

A golf ball having all the numbers correct could sometimes behave not as expected and provide an unfair advantage, for an unknown reason. The ball might have a faster speed of the club’s face, might travel more distance in the air or in the green and so on.

To ensure such a golf ball is not approved, these metrics are tested under controlled circumstances. If the numbers are found to be high despite all the physical characteristics of the ball is okay, it’ll be flagged. 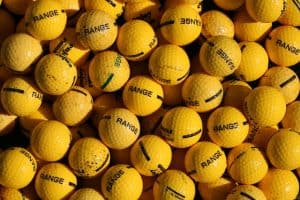 I’ve seen many young (and some senior golfers too) golfers that lack the in-depth knowledge of the golf ball. But a golf ball is a very crucial part of the game, and a little change in it can have a significant impact on the game.

That’s why having in-depth knowledge of golf balls is a must for every passionate golfer. Talking of profound knowledge, do you know how many types of golf balls can be of?

Compressions are essential to determine or create the flight path when you hit the golf ball. The balls are manufactured accordingly. The range that is used to determine whether the ball is low or high compression is between 40 to 100.

High compression: High compression balls are for creating faster swing speed. You can control them easily, but they’re harder to feel. And their distance coverage is moderate.

Golf balls can be of different types depending on construction too.

One-piece golf ball:  The simple and solid balls are known as one-piece golf balls. There are no other layers in the inside or outside portion of them. These balls have a comparatively lesser flight distance.

Two-piece golf ball: The name is quite self-explanatory. They have two different parts that make up the ball. The inner part is made out of a solid core, while the outer part has different & softer materials. These have a comparatively better flight distance.

The Balls with Dimples: The standard golf balls have dimples all over their body. These are most common, and you probably didn’t even know that there are golf balls that don’t have dimples.

These dimples help the ball get a better flight, compiling with the rule of aerodynamics. The dimples let the air sleep and prevent the drag of it; thus, it has a smoother path, which results in added height and distance.

The Balls without Dimples: Yes, some balls come without dimples, one of which you might or might not have seen. They’re not for professional or serious level golf. Many beginners prefer those balls, but when you consider tournaments or other serious scenarios, they’re not the fit.

How Much Does an Official Golf Ball Weigh?

Well, now you know how much does a golf ball weighs, and a few other facts. These were some interesting facts regarding golf balls that I thought a golfer should know. If you want to improve your game, there’s no other way but to learn and practice.

Do you know any other interesting facts? Why not share it with us through the comment section below? 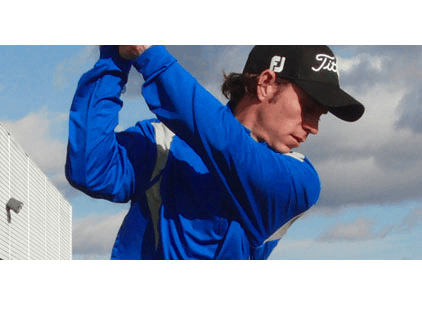